Read e-book IOS 6: A History and A Review 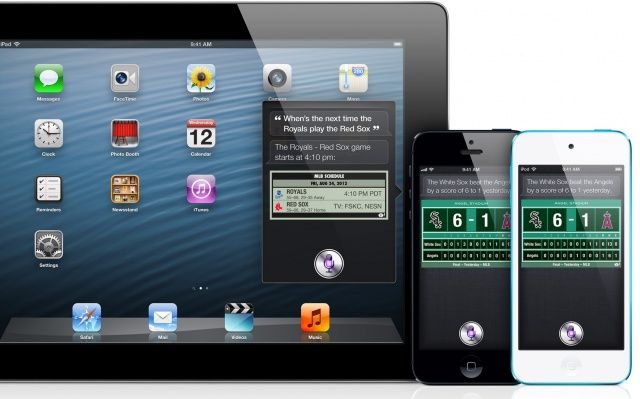 Unfortunately, that's the only type of file you can attach directly from the compose screen — attaching arbitrary files still requires you to start with an associated app instead of jumping right in there from your email. Overall, Mail in iOS 6 should be familiar to anybody who has used it before.

It's fast and competent, and though heavy Gmail users might gripe about the lack of full support for labels, Apple's done a good job for a much wider audience that uses Exchange, Yahoo, and many other email systems. It's head and shoulders above the generic mail client on Android and easier for regular consumers to manage than BlackBerry email. Pages load very quickly, scrolling and panning are snappy, and zooming is as effortless as ever.


Benchmarks seem to agree with my anecdotal experience in Safari, as SunSpider scores are noticeably faster than they were in iOS 5. New for Safari in iOS 6 is a full-screen view in landscape orientation, which removes the address bar and chrome to give content the most screen real estate available. Also new is the iCloud Tabs feature, which lets you sync open tabs between Safari browsers on various devices.

It's similar to Google's Chrome: open tabs are easily accessible through the bookmark menu in Safari for iOS. Likewise, any tabs that are open on an iOS device can be easily accessed through Safari on a desktop or laptop computer. The whole process works seamlessly and effortlessly.

One feature that I would have loved to see come to Safari for iOS is the unified search and address bar. On Safari for Mac in OS X Mountain Lion, there's a single bar where search queries and web addresses can be entered, much like the feature Google Chrome has offered for years.

The overall look is much more muted, with cleaner product pages and a bigger emphasis on screenshots. Every product page, whether it's an app or a movie, separates out screenshots, reviews including Facebook likes , and related apps into three tabs and overall it's a cleaner, more refined experience. There are also more prominent "buy" buttons throughout the interface so you don't have to drill into an app's detail screen to purchase.

There are also many more promotional banners and the like, which you can swipe horizontally. In fact, horizontal swiping plays a large part in the updated interface, and it looks and feels great on the iPad. On the iPhone, both stores feel a bit more cramped by comparison. The best example of the difference is search: instead of presenting you with a vertical list of icons and app names, each search result is presented in a rectangular card that has the app's icon, name, and a screenshot.

On the iPad, you can see about six of these cards on a single screen when you search, but on the iPhone you can only see one at a time, and you need to swipe horizontally to see more.

Apple's iOS through the years

The result is likely to mean that app developers will be jockeying for first place for certain key search terms, but for users the result is an experience that's one step forward, two steps back. Both the iPhone and iPad versions of the App Store have replaced the "Categories" button with a "Genius" button for app recommendations, where again you're presented with large, swipe-able cards instead of lists.

Once you set them up, you can share directly to them from any "Share" icon located throughout the OS. Tapping that button now brings up a new "Share Sheet," with big, tappable icons instead of a vertical list of buttons. If just want to post directly from anywhere without sharing specific media, you can post directly with buttons that sit at the top of the notification area. Both Twitter and Facebook will automatically add information into your contacts, but Apple hasn't quite plugged in as many management features as I'd like. You can toggle both Contact and Calendar integration on and off, though both are on by default.

If you want to hide all those extra contacts but not lose Facebook information for the contacts you already have, one solution is to go into the "Groups" area of the Contacts app and toggle off the "Facebook" group. This will hide your "friends" but still keep the synced Facebook info for the rest of your contacts you actually care about.

A perennial problem with Facebook integration is duplicate contacts, and I found that iOS 6 does a passably good job of preventing that — though roughly 10 percent of my Facebook friends needed to be linked manually from within the Contacts app. Facebook events also now appear in your calendar, but it's easy to switch that off if you prefer. Both Twitter and Facebook also now enjoy a top-level status within the Settings app. Applications that plug into either for authentication can request permission directly from iOS instead of being set up on their own, which might make life easier for some users.

Although these apps are deeply integrated, that doesn't mean that Facebook or Twitter won't be updating their apps on a more regular basis — the integration isn't tied to those specific apps. Good enough, in fact, that it mostly serves to remind us how annoying it is that it has taken this long for it to be an option. For Mountain Lion users that have updated to I tried multiple points of entry for both iMessage and Facetime and the verdict is that It works so well, in fact, that in one case I associated a phone number with a contact on an iPad in the middle of an iMessage conversation and within seconds the name had been updated on both and iPhone and Mac running Mountain Lion.

Whenever you add a new email address on one device, your other devices receive a push notification alerting you of that fact, a feature that isn't strictly necessary but could ease potential security concerns.

The calling experience in iOS 6 is largely the same as it was in earlier versions of iOS, but Apple's added the ability to reject calls with a text message or set a reminder to call that person back at a later time. There are a number of preset text message responses, but you can create your own replies if you wish. The reminders feature lets you tell the phone to buzz you in an hour or when you leave your current location to call the person back. Along with the new call rejection features, iOS 6 gives users granular control over when notifications and incoming calls will make sound an alert or ringtone.

Called Do Not Disturb, this new feature lets you set a specific time period to automatically silence all incoming calls and notifications — like when you might be sleeping. You can opt to allow calls from favorite contacts, and Do Not Disturb has a mode to allow the second consecutive call within three minutes from the same caller to come through. All of these features are smart and well-implemented, and it's nice to be able to disconnect without worrying that you'll miss an emergency call.

Apple's also expanding the VoiceOver text-to-speech accessibility system into maps and working to create a Made for iPhone hearing aid certification. Another feature buried in the accessibility settings is something called Guided Access, which Apple says will help "students with disabilities such as autism remain on task and focused on content" by allowing you to disable the home button, block multitasking gestures, turn off motion controls, and block off certain areas of the screen from receiving touch input. It turns the iPad into a single-use touchscreen computer that, as Apple says, would be good for certain educational settings.

Also, for those occasions when iMessage isn't working, or you simply don't want to use it, iPhone owners can now hold down on a message bubble, trigger the pop up menu, and choose to send as old-fashioned SMS instead. It lets iOS users communicate without involving the carrier, and now it does it in an even more simple, unified way. With iOS 6, the Calendar app reaps the benefit of Facebook integration, allowing you to view your Facebook events and Facebook birthdays right alongside your iCloud, Google, and other calendars.

iOS 13 update, features list and everything you need to know

Facebook events are marked with a small Facebook icon, and events you've been invited to but haven't accepted are outlined just like any other as-yet not accepted event invitation. You can turn Birthdays and Facebook Events off inside the Calendar app by tapping the Calendars button at the top left and then unchecking them, but sadly that won't remove them from Notification Center which can quickly fill with Birthdays -- as though they were breeding in there You can also turn the sync off completely in Settings, but that's the nuclear option. Apple should just kill notifications if they're turned off within the Calendar app.

There will be people, however, who don't want to join a social network but do want to easily, privately share photos with friends and family.