Guide Invasion: How America Still Welcomes Terrorists, Criminals, And Other Foreign Menaces To Our Shores

Here at Walmart. Your email address will never be sold or distributed to a third party for any reason.

Order by , and we can deliver your NextDay items by. In your cart, save the other item s for later in order to get NextDay delivery. We moved your item s to Saved for Later. There was a problem with saving your item s for later. You can go to cart and save for later there. Report incorrect product info or prohibited items. Malkin's use of anecdotes differs from that in much of the previous debate over immigrant's vices and virtues, in that it focuses not on immigration policy as a whole but simply on enforcement of the law.

Rather than generalizing from individual stories -- some immigrants are criminals, so end all immigration or, conversely, some immigrants are geniuses, so end all border controls -- Malkin's emphasis is on profiling bad guys who should not have been able to do what they did had the existing law been applied. But the book is not simply a collection of anecdotes. Unlike most journalists writing about immigrants, Malkin, Philadelphia-born daughter of Filipino immigrants, actually learned something about our immigration system and uses the profiles of individual immigrants to flesh out her picture.

And it's a grim picture indeed.

She describes the myriad ways terrorists have penetrated our nation: lax border security; fraudulent marriages to U. In explaining this, she does, of course, excoriate the INS for its many scandals -- crooked or incompetent employees, Clintonian bureaucrats lying to Congress, unbelievable technological snafus.

But rather than leave it at that, as too many observers do, she digs deeper, to find out why we have such a ridiculous system in the first place. In two chapters -- "Pandering While Osama Plots" and "The Profiteers" another virtue of this book is that you couldn't flip through it at Borders and claim not to know the author's point of view -- she lays out the rogues' gallery of groups responsible for our inept immigration system: politicians pandering to Hispanic voters by promoting illegal-alien amnesties; ethnic pressure-groups trying to get drivers licenses for illegal aliens; local governments declaring themselves sanctuaries for illegals; universities seeking ever more foreign students, even if they're in the country illegally, and resisting any measures to track such students; the American Immigration Lawyers Association, "a powerful lobbying network against all major immigration reforms during the past four decades"; and, perhaps worst of all, the corporate rope sellers, like the travel and tourism industries which seek to speed foreigners into the U.

Malkin's discussion of these "profiteers" suggests a topic for her next book -- a more in-depth examination of the individuals, organizations, and industries pushing for weak immigration controls. In Invasion, she outs the corporate miscreants and their libertarian fellow-travelers - but we also need to know more about the leftists, the people who love immigration because they hate America. This information would be especially important for those conservatives who, like the president himself, have been duped with fairy tales about shifts in the Hispanic vote toward the GOP.

This hoax is actually being peddled by those on the Left who realize that mass immigration is, in truth, an enormous boon to the Democratic party. Jennifer Welsh. David Curran. Professor W. Andy Knight. 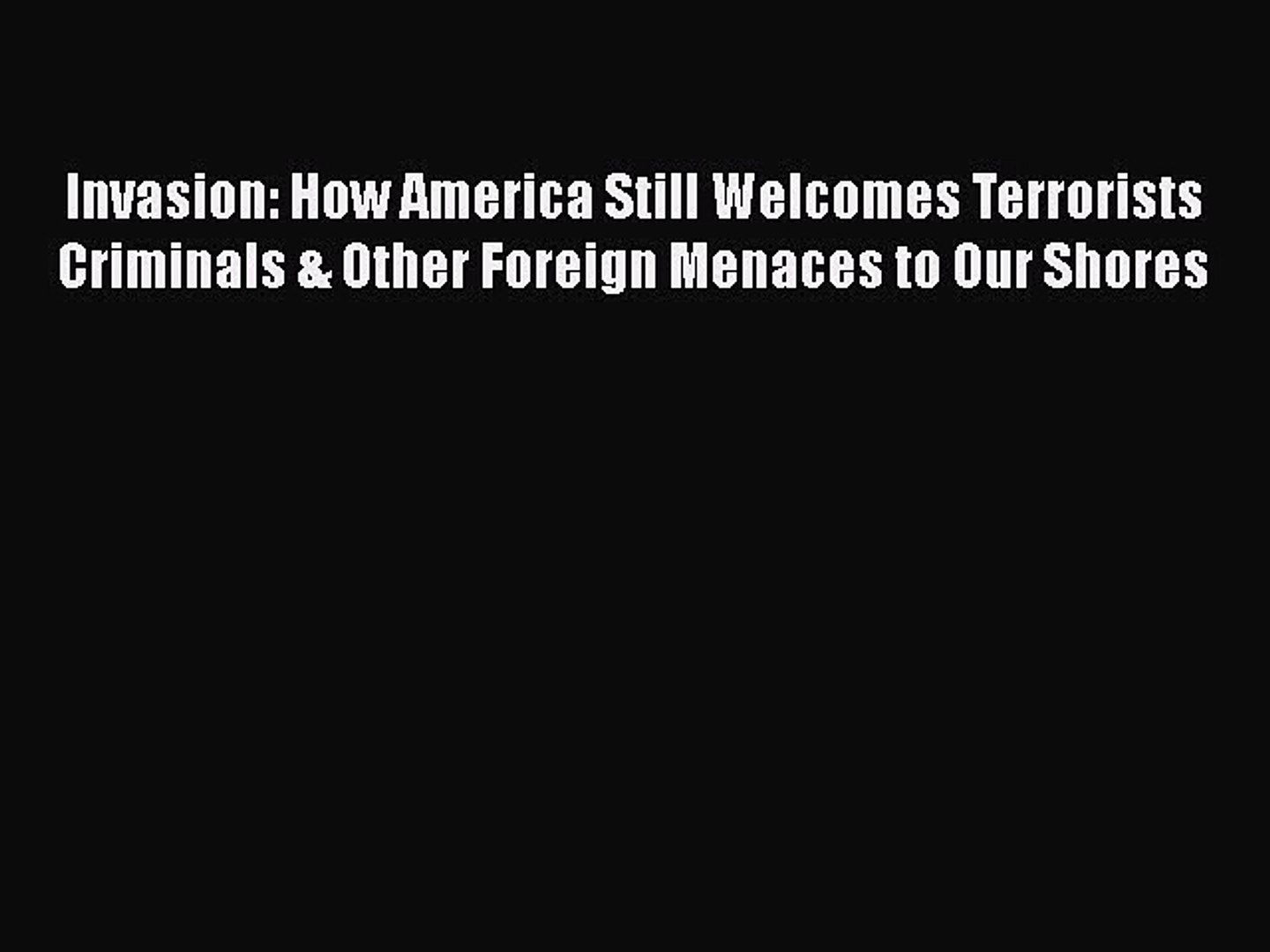